One of the most revered historical landmarks of Ujjain, Bada Ganpati temple is dedicated to the Hindu deity of Wisdom and Prosperity, ‘Ganesha’ and Bada Ganpati temple is situated near the reservoir of the Mahakaleshwar temple. It enshrines a large ornate idol of the God, which is believed to be one of His largest sculptured images. The place also harbors the only ‘panchmukhi’ (five-faced) statue of Lord ‘Hanuman’ inside it. Today, the temple is also a popular training center for imparting education on astrology and the Sanskrit language.

This temple Situated near the tank of the Mahakaleshwar Temple, Bade Ganeshji Ka Mandir holds a colossal statue of the elephant-headed God. The elephant head of the deity signifies wisdom, discretion and foresight that the Hindus attribute to divinity.

In the center of the Ganeshji temple, there lies an exceptional statue of Hanuman, a deity of devotion and belief. What makes this deity so unique is the fact that Hanuman is depicted here with five faces, which symbolises courage, loyalty, devotion, strength, and righteousness. An important centre for learning, Bade Ganeshji Temple imparts knowledge in the field of astrology and Sanskrit.

The head of the elephant of the Lord symbolises sagacity, prudence and forethought that the Hindus attribute to divinity. In the middle of this Ganesha temple lies a unique idol of loyalty and faith, that of the monkey-god, Hanuman.

Nowhere else in the country but in this temple Hanuman is depicted with five faces known as Panchamukhi (five-faced), Lord Hanuman here symbolises courage, loyalty, devotion, strength, and righteousness. This Ganesha temple is also an important centre of learning, it reflects on the status of temples in ancient Vedic times, circa 1500 b.c. when houses of prayer were study centres too. This practice is been prevalent even today in the South Indian temple complexes where idols are worshiped and religious teachings are imparted. 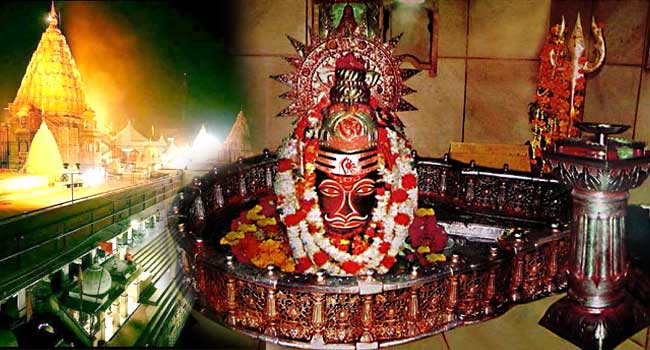