Baat Bann Gayi is a clean family film as there are no double-meaning jokes or tacky skin shows that make you cringe. Sadly, there is no comedy or entertainment either, and for a film that intends to be funny, this one ends up being tardy and way too predictable for your liking.

A successful author (Ali Fazal) pretends to be a geek in order to impress his girlfriend’s (Alisa) brother (Gulshan Grover), because he expects his brother-in-law to be intelligent. That somehow implies that writers are not intelligent. Anyway, while the hero’s almost on the verge of winning over his girl’s bhaiya, his rowdie lookalike shows up, adding to the drama. That’s not all. Even the bhaiya has a lookalike! Will things fall into place?

The major issue with this movie is the fact that it borrows heavily from films like Chupke Chupke, Golmaal and Seeta Aur Geeta. Even if we ignore the lack of originality, the formula that worked in the 1970’s looks way too outdated for today. Besides, those films had a solid script and some great comic timing. Here, barring Gulshan Grover, everyone else looks like they are trying too hard to make you laugh. Not their mistake. Blame it on the poor writing.

What disturbed us the most were the terrible sound effects (e.g., toilet flush sounds) which hound you throughout the film. That’s another reason why the film puts you off. In a desperate bid to entertain the audience, we are bombarded with these fake and supposedly funny noises throughout.

Razzak Khan looks disinterested in the film while the heroine and her sister-in-law are made to look plain silly. Ali Fazal rises above the writing but eventually, the film lets him down. Gulshan Grover underplays his homosexual character well.

A novelist must pose as a geeky student to impress his girlfriend’s brother. While he’s at it, his lookalike enters the scene, adding to the confusion.

The Times of India 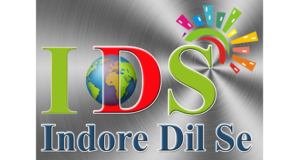 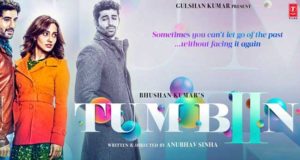